The current state of battery production (and why you should care)

While most of us just remember the Triple or Double A batteries our parents packed for school trips so we could use flashlights in our sleeping bags, a new battery has appeared covertly in all of our prized worldly possessions: the lithium-ion battery, which will continue to shine amongst the largest infrastructure investments of the roaring 2020s.

What are the main uses?

The trendiest of all current uses of li-ion and other chemistry type batteries is for electric vehicles, where the biggest players compete on the number of models and on the power and the production sites they plan to manage by the end of the decade. Currently, there are about 10 million EVs in use worldwide, a number that is expected to grow tenfold by the end of the decade.

In the transportation space, it’s not only micro-mobility – which includes electric bikes, scooters and electric motorcycles – that is expected to grow as cities become microcosms of life and cars are restricted to reduce traffic; but also the shipping sector – which includes ships, planes and drones for last mile delivery – that is making much more use of batteries and will grow.

In addition, our ‘private sphere’ is expected to continue to be dominated by consumer electronics, such as phones, laptops, headphones, smartwatches, smart glasses, toys, medical devices and more.  Lastly, a growing need for energy storage is motivating utility companies to incorporate li-ion batteries as part of their infrastructure to store energy from gas power plants, electric grids, and solar, hydrogen or wind turbines when too much energy is produced, in order to save it “for a rainy day”.

Furthermore, the surging prices of oil and coal drive battery producers to faster and better solutions. There is a strong trend towards lighter batteries with longer lifetimes and larger life cycles while storing higher amounts of energy than lead-acid batteries and other battery types – thereby fulfilling a valuable role in balancing supply and demand, and in grid stabilization.

Li-ion batteries are also beginning to replace diesel generators in places that have continuous power requirements, from big city hospitals to the streets of Nepali villages.

While the production of different types of batteries follows a similar workflow, I will be concentrating in this article on the production of lithium-ion batteries, which is the most common for the needs mentioned above. Over the past decade, we have witnessed such a surge in li-ion batteries usage, that the scientists who contributed to its development recently received the Nobel Prize in Chemistry. They formed the standard architecture and most efficient way to store energy through the common structure of the anode and the cathode, the separator between the two electrodes and the electrolyte that fills the remaining space of the battery. The anode and cathode are capable of storing lithium-ions. Energy is stored and released as lithium-ions travel freely between these electrodes through the electrolyte, their direction depending on whether the battery is being charged with or ‘drained’ from energy. It is through the current collector that electrical current then flows from the current collector through to the device being powered (cell phone, computer, etc.).

The production of the li-ion battery cell consists of three main process steps: electrode manufacturing, cell assembly and cell finishing. These processes are neither cheap (see the percentage of battery cost from EV cost) nor fast, energy intensive and are also notoriously unstable while the standard quality is still unpredictable.

Electrode production accounts for 39% of the production-related costs of battery cells. There are separate, but similar, processes for anode and cathode production. The major challenges are processing time and yield rate. Coating and drying are the most cost-intensive processes. An active material slurry is coated onto thin foil, and the solvent is removed in the subsequent drying process. Drying, which can take two to six minutes, accounts for most of the processing costs, owing to large CapEx investments and a high level of energy consumption. Machine downtime resulting from unplanned stoppages can drive costs significantly higher.

Cell Assembly is responsible for 20% of the production-related costs of battery cells. Overcoming the challenges of particle generation and processing stability are essential to prevent internal short circuits that render the cell permanently unusable. The lion’s share of costs relates to generating active material compounds. As noted, producers must use stacking technology in compound generation in order to achieve high energy densities. However, the complexity of stacking and the need to process compounds slowly to achieve accuracy make it the largest cost factor of cell assembly.

Cell finishing accounts for 41% of the production-related costs of battery cells. Formation and aging are the most cost-intensive processes, reflecting the challenges of processing time and yield rate. In the formation process, cell properties are established through multiple charging and discharging cycles. The processing time at cost-intensive stations can range from two to ten hours. In the aging process, finished battery cells are stored for several weeks in order to identify micro short circuits. At any given time, a producer may need to store several hundred thousand cells in warehouses that require expensive environmental controls and safety precautions. Maximizing the yield rate is the major challenge for this processing stage. 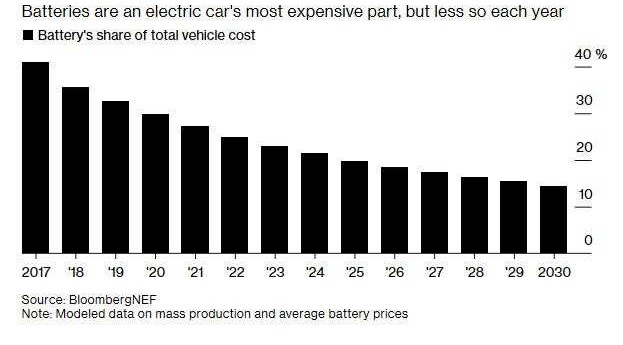 While the industry is making impressive large strides to push li-ion costs down in order to make EVs more attractive to consumers than ICE cars, production in general is still not making the most of the research and technological capabilities humanity has at its disposal today.

Razor Labs, an AI software company based in Israel, is setting out to bring about this kind of impact to the battery production market.

in action
Schedule a demo